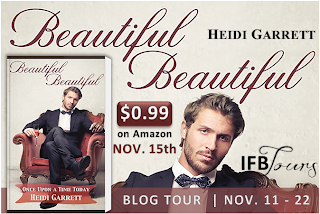 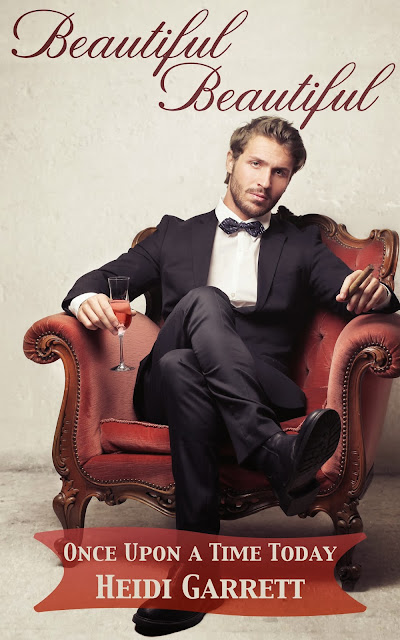 BOOK DESCRIPTION:
Movie director Karen Mayham has an eye for beauty. Now her years of struggling on the indie film circuit are about to pay off. She's the frontrunner to win Golden Pinnacle's Director of the Year. Winning will mean generous financial backing for her next project, and the most bankable actors in the industry are already signaling interest in the leading role. How will she decide which Adonis is right for the part of Demion Glass?

In this contemporary retelling of the eponymous Hans Christian Anderson fairy tale, Karen's journey leads her to discover a deeper meaning of beauty. 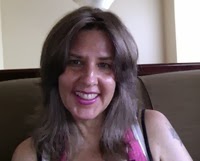 Heidi Garrett is the author of the contemporary fairytale novella collection, Once Upon a Time Today. In these stand-alone retellings of popular and obscure fairy tales, adult characters navigate the deep woods of the modern landscape to find their Happily Ever Afters.
She is also the author of The Queen of the Realm of Faerie series, a fairy tale/high fantasy mashup about a young half-faerie, half mortal woman who must save both the Enchanted and Mortal Worlds.
Heidi was born in Texas, and in an attempt to reside in as many cities in that state as she could, made it to Houston, Lubbock, Austin, and El Paso. She also spent a decade in southern California, but was disappointed to discover it seldom rains there. Now Heidi lives in Eastern Washington state where she's content experiencing the four seasons with her husband, their two cats, her laptop, and her Kindle.
Being from the South, she often contemplates the magic of snow and hopes to remind readers that: Once Upon A Time You Lived in an Enchanted World Too…

What drove you to write your very first book and when was that. What was it? Can we read it today?

I wrote my first book when I was in my twenties. I’m not sure what drove me to do it. At the time, I was still a very secretive writer, and had little external encouragement. Other than a fascination with words, perhaps some genetic propensity, and the longing to tell a story that I couldn’t find on the shelves, writing a novel wasn’t a very practical thing for me to pursue. Besides, writing was my older sister’s domain, and I was encroaching on her—forbidden—territory.

I did it anyway. For years, I’d been writing free verse poetry, that I never shared with anyone, but brought me a great deal of pleasure to write. I’d also been exposed to Natalie Goldberg’s Writing Down the Bones, and was writing copious amounts in personal journals.

Maybe an attempt to write the “Great American Novel”  was the next logical step.

I wish I still had a copy of that first attempt, but I don’t. Between mystical characters like Luna Roja (Moon Red) superimposed on billboards, traveling to mystical worlds ruled by goddesses in my dreams, and visiting a fairy tale world through a magical tree trunk in my daydreams, it was quite sprawling. Not formally trained, nor well-versed in genre, I didn’t realize I was writing a blend of Magical Realism and Fantasy.

At the time, I worked in an administrative function at the University of Texas at El Paso. Course tuition was waived for university employees, and I took advantage of the opportunity. The first class I took was Women’s Studies, and the professor encouraged my writing. We met once a week, and I would drop off ten pages of my novel. Unfortunately, that experience was aborted when I relocated to take a new job in Houston.

A few months after I got settled in Houston, I re-read the entire manuscript. It was very much a first draft. All in all, I found it rather depressing. Having a high threshold for melancholy, I decided that if it was depressing by my standards, it wasn’t likely to garner many readers.

When I read the novel, She’s Come Undone, a few years later, I thought perhaps I’d made a mistake, as I found that novel quite depressing, and it was such a success. Regardless, the content of my first novel has long since been reabsorbed into my unconscious, to be recycled into further output!

When I was younger, I found writing to be a lonely endeavor. For that reason, after I rejected the attempt to have my first work published, I decided—very consciously—to set writing aside. I believed that I needed to live more life, and engage more actively with the world. I told myself, if I was meant to be a writer, I would come back to it.

“If you love something, set it free; if it returns it’s yours forever, if not, it was never meant to be. Proverb

The day came, when writing returned to me, and it no longer feels lonely.

Email ThisBlogThis!Share to TwitterShare to FacebookShare to Pinterest
Posted by Unknown at 5:03 AM