The Cross of Santiago by Evie Gaughan 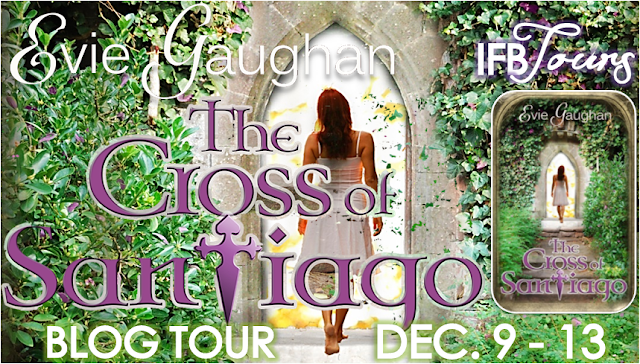 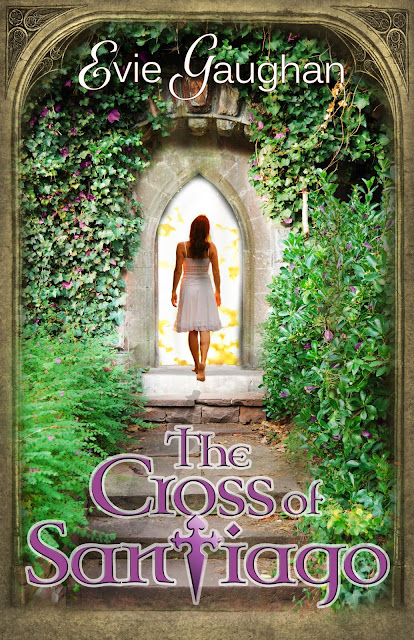 “One cross will bind two couples across four centuries.”
An ancient love story, locked in the heart of a sunken Armada ship, is destined to find its happy ending... even if it takes four hundred years.
Amanda Morrison does not believe in love or destiny, but when a long-lost aunt leaves her a mysterious golden cross in her will, her uneventful life in Galway City is turned upside down. The arrival of Xavier, a charismatic yachtsman in search of treasure and adventure, complicates life further, as their paths seem destined to cross. While Amanda tries to uncover the truth about her family’s past, a strange series of events ensues, involving drama on the high seas, hypnosis, scary sheep, Armada treasure and five-a-side football championships. Though, not all in that order. An intriguing tale of love, redemption and the power of a soul's promise.

Chapter Thirty-One
†
“I am running, barefoot across the cobbles.”
“Where are you going?”
“To see Brother Thaddeus. I try to go there whenever I can, whenever father is away.”
Chris was sitting on a wicker chair that had in a former life graced his parents’ conservatory. He was sitting to the side of the treatment bed, where Amanda lay comfortably with her hands by her sides. He did not for one second take her trust for granted. However, he did feel slightly apprehensive about the fact that he had no idea what he was doing. He had read over and over the ground-breaking work of Dr. Brian Weiss in ‘Many Lives, Many Masters’, and how he had struggled to understand what was going on, despite being a trained psychiatrist. His own credentials left a lot to be desired.
Still, there was one thing Chris knew for sure; simply because there is no explanation for something, does not mean it cannot exist. They would just have to explore together and as long as Amanda was happy to continue, he would be there for her, just like he promised her brother Jay. Her soft voice broke his pensive silence.
“It’s summertime; the bog cotton is growing like little white stars on the hillside.”
“Where are you now Amanda?” he asked.
“Amanda? No, my name is Annora.”
Chris felt his skin prickled by a million goose bumps. He was terrified and exhilarated all at once. ‘What is going on here?’ he wondered to himself. Even her voice had changed, she was still whispering, but like a young girl. She seemed to be more innocent and naïve.
“We’re in the garden behind the monastery. The cloisters protect the herbs and keep the air still. I bring Brother Thaddeus fish from the market and he’s teaching me to read. We speak only in English or Latin, he won’t talk to me as gaeilge; he says I can learn enough of that at home.”
“And how did you meet Brother Thaddeus”, Chris asked in a conversational tone.
“I told you, I bring them the fish. The Brothers won’t come to the market.”


Chris’s voice grew softer and almost inaudible, while for Amanda, the sights and sounds of the medieval city grew brighter and louder. Until…….. 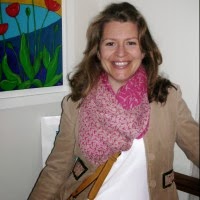 Evie Gaughan is an Irish author based in Galway City, where she finds much of her inspiration. Influenced by writers such as Maeve Binchy and Diana Gabaldon, Evie has crafted her own unique writing style that is warm, engaging and full of humour. She has published several short stories, poems and feature articles and works as a freelance writer.
When not writing, Evie likes to paint and has many works exhibiting in local galleries and on-line. A self-confessed crafter, her Galway home is full of hand-made designs. Evie is currently working on her second novel.
eviegaughan.wordpress.com | twitter.com/evgaughan

Chic-Storical Fiction – a new sub-genre?
When it came time to hitting the publish button for my debut novel, The Cross of Santiago, I had to decide which genre it belonged to.  It is a ‘Time Slip’ story, as it follows the definition of the ‘Time Slip’ genre, which is when two or more stories are told concurrently, but each one is set in a different period of time.  However, this tells you nothing of the style or tone of the book, so I’ve come up with a new sub-genre called ‘Chic-storical Fiction’.  Granted, it’s not a very catchy name, but it very accurately describes the inspiration behind the book, which is the combination of my two literary loves: Chic Lit and Historical Fiction.
I have been reading Historical Fiction and Time Slip novels for years now, alongside my trusty list of Chic Lit authors to get my contemporary comedy and romance fix.  All the while I kept thinking to myself, ‘I wish there was an author who could combine the witty repartee of Marian Keyes with the historical interest of Kate Mosse’.  That was my light bulb moment, when I realised that I was that author!  My writing style is very conversational and (hopefully) full of humour, while my storylines are filled with interesting historical situations and backdrops.
With a Time Slip story, you are always getting two stories for the price of one – something I am a huge fan of myself.  Other great authors in the genre such as Diana Gabaldon and Rachel Hore always know just the right balance to keep the reader interested in each time period and the characters that inhabit them.  It is a very challenging genre to write, but I think that makes it all the more rewarding for the reader.  However, historical fiction can sometimes be a bit too serious, so I hope my style will bring a fresh take on the genre.  My main goal is to entertain the reader, so regardless of the name; The Cross Of Santiago is Chic-storical-tastic!
a Rafflecopter giveaway
Email ThisBlogThis!Share to TwitterShare to FacebookShare to Pinterest
Posted by Unknown at 3:30 AM